Face it, we've all got about as much reality as we can handle these days. Escape to a land where good guys win, love is steamy and you never have to mow the lawn.

The GothDream has a historic base but with a bit of a fantasy flare, Based on the arming sword or war spike design, it long, light and very well balanced. The hilt is distinctive yet comfortable to wield. 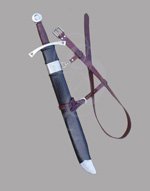 The Falchion is the perfect for any Gitan or other warrior cast in the Saladin mold. Made of high quality steel sharpened to a razor's edge. It includes a beautiful leather wrapped wooden scabbard with carrying strap. 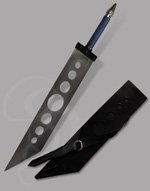 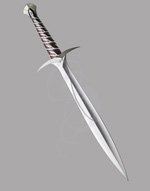