Boy, carrying a sword around in your hand all day is a freakin' drag. Why not nab a belt or frog to hang that thing on your hip or back? It looks much better and sure beats clutching that claymore all day. And while you're at it, why not get a pouch to store your wallet, keys and spell components? 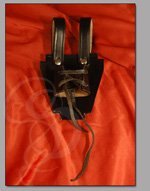 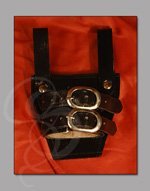 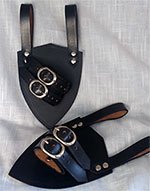 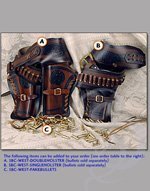 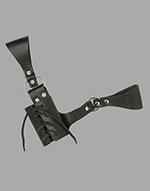 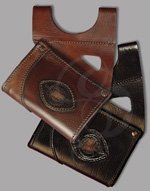 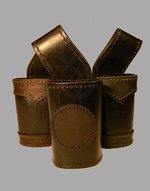 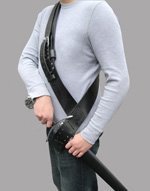 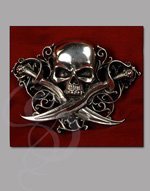 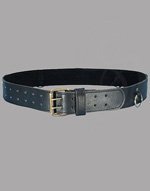 The Skull and Crossbones
Sure, it's come to symbolize piracy in all of its form, but the skull and crossbones had a very specific (and terrifying) meaning back in the Golden Age of Piracy.

Back then, the skull and crossbones meant that the crew had eaten their last chicken and that all they had left were bones. So they flew the skull and crossbones to ask other ships if they could spare a couple of chickens. Okay, that's not really what it meant, but my 3-year-old twins were asking me what I was writing and I couldn't very well tell them the truth, now could I?

The truth is, the skull and crossbones was the symbol for "No Quarter." If a pirate ship flew this flag when it was approaching an enemy ship, it meant that the crew of that ship should expect no mercy -- every last man would be killed. This of course was a brash move, and only the most confident (or foolish) of captains would fly it. Why? Because it meant that every man on the opposing ship would fight rabidly, knowing that failure meant certain death. It also meant that if one of the shipmates had a brother or cousin on that ship, they'd have to kill him, which would wreak havoc with his family and bring down years of guilt from his mother. (Editor's note: That's not true.) (Writer's note: Okay, you're right, it would bring down decades of guilt, not years).(Editor's note: Please stop. The reader's are getting tired of this.) (Writer's Note: Well, you started it.) (Editor's note: You're the one telling outright lies.) (Writer's note: they're not outright lies. I mean, if the captain said no quarter, it means no quarter, right? Even if it's your brother, right?)(Editor's note: I'm sure they could make an exception if ... oh what am I talking about. Knock it off).