When it's time to throw down, you might as well throw down with a boffer sword. You don't have to clean up as much of a mess. Use these foam swords to pound the stuffing out of your opponent, not your weapon. 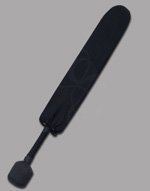 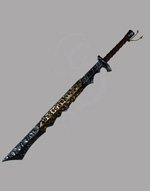 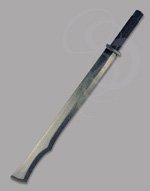 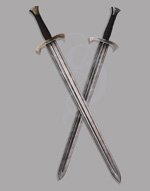 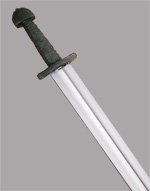 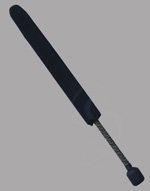 Boffer Hand and a Half Sword 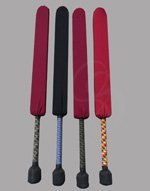 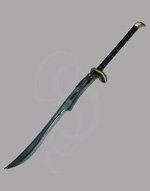 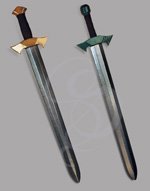 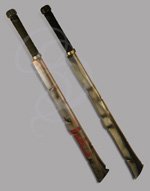 Next to the Lucky Charms guy, the most legendary hero of Irish mythology was Cuchullain; a mighty warrior and Prince of Ulster. Raised in Ireland, he underwent rigorous training and schooling in Scotland, under the tutelage of Scathach (or Skadi or Skya, depending on who you hear it from), a demi-god figure from the Isle of Skye.

Cuchullain's most famous exploits, and here I speak with complete honesty, was The Great Cattle Raid of Cooley. I continue to speak in all seriousness when I say that he was the champion in that battle which was fought to claim the most famous bull in Ireland, the Brown Bull of Cualnge.

Cuchullain, only 17 at the time, found himself defending the region of Ulster by himself when most of the other warriors are magically debilitated by the enemy.

Cuchullain's many exploits in this battle are documented elsewhere, but suffice it to say that Cuchullain met opponent after opponent, sometimes one at a time, sometimes a few at a time, even a dozen at a time, and each time he defeated his enemies in combat. He eventually finds the right words to get the men of Ulster to rise from their curse and join him in battle, and is victorious in the defense of his lands. He is quoted as saying "Cu Cu Cu choo" and "I am the Walrus!" after his victory (oddly enough, that last sentence is the only part of this strange myth that I made up).

Cuchullain was eventually done in by a woman, as is often the case. In his final battle, he fought bravely nonetheless, and, at the end, tied himself to a pillar so that he could remain standing and continue fighting. Even dying, he so frightened his enemies that they wouldn't rush him. It was only when a Raven landed on his shoulder that the men realized that he was dying and approached him. I'd like to think that he said "boo!" really loudly and caused most of the men to run away again, sort of as a final prank, but this is entirely conjecture. The men finally reached him and cut his head off unceremoniously. So ended Cuchullain.