or, If pirates are so tough, how come they were always getting one of their legs cut off and one of their eyes put out? 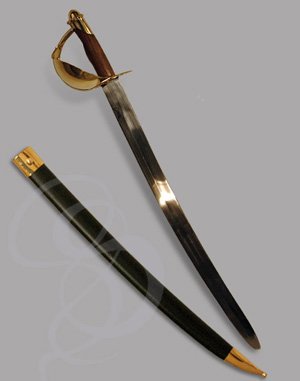 Romanticized and vilified in literature and film, pirates have been the subject of endless fascination. Pirates of course, are any group of sailors who prey upon other ships, stealing money or goods and sometimes harming or killing the crew. Eye patches seem to have something to do with piracy as well, but no one can really figure out what.

It's hard to say when pirating first started. There are reports of pirates as far back as ancient Greece, and possibly even before, but the pirates that most people think of are the ones from the 17th through the 19th centuries. This was a time when governments actually sanctioned piracy against their enemies (apparently, it was okay to steal from and murder people as long as they were considered enemies of your country). Under these government laws, anyone could attack ships belonging to an enemy country and keep anything that they could recover from the ships. Crews that took advantage of these laws were called "Privateers," which was French for "mean guys with parrots," or "men who drink rum." Well, okay. Privateer isn't really French at all. But "soufflé" is, and it means a "light fluffy dish of egg yolks and stiffly beaten egg whites mixed with cheese or fish or fruit."

Many countries encouraged privateers, including England, Spain, America, France, and many North African countries (these African countries formed the heart of the infamous Barbary Coast pirates). And while the idea of privateers might have sounded good when it was first thought up, it lost some of its charm later on. Here's why: The privateers theorized that, "Hey, if I can get 100 gold a month attacking enemy ships, I could probably get 400 a month attacking any ship." They began testing that hypothesis and, soon, there were hundreds (thousands even) of former privateers attacking any ship that came near them. Thus began the Golden Age of Piracy.

Pirates may have been a lot of things, but they were rarely inefficient. Ship-based life called for cleanliness, order and efficiency in all things. Which is why the cutlass was a favorite of the yo-ho-ho crowd. The weapon was both sword and shield: a vicious blade at one end, a dazzling basket hilt on the other. The blade was short enough to be swung recklessly (without fear of getting caught in rigging or masts) and wide enough to do real damage when it hit. The baskethilt provided excellent hand protection and could even be used as a small shield. The curved blade allowed for fast, efficient cutting and looked pretty good, too.

Pirates traveled extensively thoughout the world, and often found unique weapons to carry. The notorious Barbary Pirates of Northern Africa often carried scimitars instead of cutlasses, and this trend seemed to catch on a bit. Some of the more well-travelled pirates would often don scimitars. It was exotic enough to add a little more dread to their appearance, and also looked different and stylish (Pirates, although they would never admit it, were usually obsessed with their appearance). Some pirates even carried small swords (short rapiers) and used bucklers or daggers in their off hand.

There have been many famous pirates, but perhaps none more famous that Blackbeard. Blackbeard was a fearsome English pirate named Edward Teach who led a fleet of pirate ships around the Caribbean and the Atlantic. His most notable feature was, of course, his left elbow. But aside from that, his other most notable feature was the sprawling dark beard that covered more than half of his face (it was rumored that he would sometimes braid cannon fuses into the hair and light the fuses when he attacked, thus striking even more terror into his victims). He was probably the most feared pirate of all time and victims often surrendered at the mere site of him. Those that surrendered often received mercy; those that resisted were slaughtered (if anyone survived, they were usually dropped off on the nearest uninhabited island and left to die (which reminds me of a joke… Q. Did you hear about the red ship and the blue ship? A. They crashed at sea and both crews were marooned. <>).

There is a legend about Blackbeard that says he would sometimes burn his own ship when engaging in combat with another ship. He did this, they say, so that his crew would have to fight harder, knowing that they must either win or die. That probably never happened, but if it did, how cool is that?

When Blackbeard's reign of terror was winding down (the governments of several countries chased him for years) he fled to America, where he was captured and killed on land. It reportedly took five musketballs and more than twenty sword wounds to bring Blackbeard down in 1718.